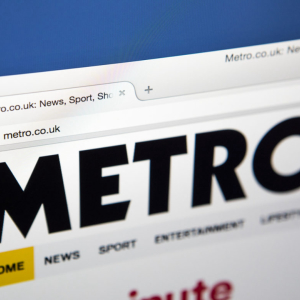 The United Kingdom’s widely circulated Metro news publication has published a surprisingly bullish article explaining Bitcoin for its millions of readers. The article is scant in its detail but does feature a full Bitcoin explanation video. The overall tone of the clip is incredibly optimistic for Bitcoin’s long term. Rather than caution against its use,...The post Massive UK Newspaper Heralds Bitcoin and the “Golden Age of Cryptocurrency” appeared first on NewsBTC.