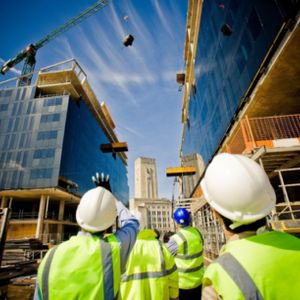 Investor interest in Tron is growing as the protocol receives updates. The new Java-tron GreatVoyage-4.6.0 upgrade, codenamed Socrates, is a required update that includes crucial enhancements that greatly improve the protocol’s ability to utilize storage. Since time is of the essence, here is a quick rundown of TRX: Major new enhancements that will smooth out the protocol’s operation have been released The proposal from PancakeSwap has the potential to be a strong positive catalyst Current price action is negative, but a reversal would be bullish 📢Java-tron GreatVoyage-4.6.0(Socrates) has been released! 🛠It is a mandatory update, contains a few important features: ✅update the checkpoint mechanism of data storage ✅optimize the storage structure of resource delegation relationship — TRON DAO (@trondao) November 23, 2022 That’s not all good news, either. PancakeSwap just made an announcement to its user base that it would be accepting TRX into its Syrup staking pool. The price of TRX eventually reflects all of this. Using a weekly time frame, CoinGecko reports that TRX’s price rose 0.8%. Everything looks and sounds fantastic, but what do the experts have to say about it? To Uptrend, Or Not To Uptrend? It doesn’t look like it’ll form an uptrend on the charts, and that might be for a number of reasons. It’s worth noting that the Bollinger band is establishing a crunch zone immediately following the cup formation in TRX. Related Reading: Polkadot Soars 8% In Last 24 Hours Courtesy Of Its Dev’t Activity, NFT Ecosystem Growth Chart: TradingView The impending decline may be part of a larger cup-and-handle structure with an ascending triangle serving as its handle. The regression model also reveals that the present decline is robust, with Pearson’s R value hitting 0.61, indicating that despite positive events on-chain, pain is not out of the question for TRX. The fact that the RSI is still in the oversold bottom half further confirms a downward trend. All of this is occurring as TRX trades at $0.0525 per coin. On a 4-hour timeframe, the technical indicators are optimistic, as the RSI is rising and the bollinger band is widening. As this indicator oscillates between overbought and oversold, the rising RSI value is accompanied by a decline in price. According to CoinGlass, the TRX derivatives market is improving slightly as exchange financing rates improve. TVL decreased on the DeFi side of Tron from $4.31 billion to $4.29 billion. Chart: Coinglass Not Enough Momentum TRX investors and traders are unquestionably instilled with confidence by recent events. According to CoinGlass, this is further underlines by the fact that more traders are entering long holdings than short positions. However, based on the metrics, they should proceed with caution, as the technicals indicate that TRX will experience further losses. However, short-term traders could target the $0.056 barrier, as this would be a good place to begin a rally. Related Reading: Litecoin (LTC) Must Maintain $77 Level To Sustain Enthusiasm Come December TRX total market cap at $4.88 billion on the daily chart | Featured image from WallpaperAccess, Chart: TradingView.com

Get Crypto Newsletter
Market Cap
24h Vol
41.46%
Bitcoin Share
219
Today News
Read the Disclaimer : All content provided herein our website, hyperlinked sites, associated applications, forums, blogs, social media accounts and other platforms (“Site”) is for your general information only, procured from third party sources. We make no warranties of any kind in relation to our content, including but not limited to accuracy and updatedness. No part of the content that we provide constitutes financial advice, legal advice or any other form of advice meant for your specific reliance for any purpose. Any use or reliance on our content is solely at your own risk and discretion. You should conduct your own research, review, analyse and verify our content before relying on them. Trading is a highly risky activity that can lead to major losses, please therefore consult your financial advisor before making any decision. No content on our Site is meant to be a solicitation or offer.