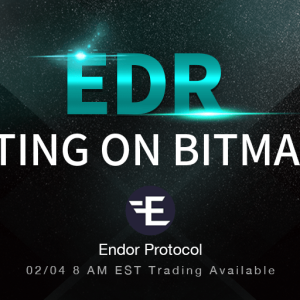 This is a paid-for submitted press release. CCN does not endorse, nor is responsible for any material included below and isn’t responsible for any damages or losses connected with any products or services mentioned in the press release. CCN urges readers to conduct their own research with due diligence into the company, product or service mentioned in the press release. BitMart Exchange, a premier global digital asset trading platform, recently announced the listing of Liquidity Network (LQD). LQD/BTC and LQD/ETH trading pairs will be available starting on February 18th and withdrawal feature will be available on February 20th. Started on September The post BitMart Lists Liquidity Network (LQD) Token appeared first on CCN

Get Crypto Newsletter
Market Cap
24h Vol
38.48%
Bitcoin Share
0
Today News
Read the Disclaimer : All content provided herein our website, hyperlinked sites, associated applications, forums, blogs, social media accounts and other platforms (“Site”) is for your general information only, procured from third party sources. We make no warranties of any kind in relation to our content, including but not limited to accuracy and updatedness. No part of the content that we provide constitutes financial advice, legal advice or any other form of advice meant for your specific reliance for any purpose. Any use or reliance on our content is solely at your own risk and discretion. You should conduct your own research, review, analyse and verify our content before relying on them. Trading is a highly risky activity that can lead to major losses, please therefore consult your financial advisor before making any decision. No content on our Site is meant to be a solicitation or offer.